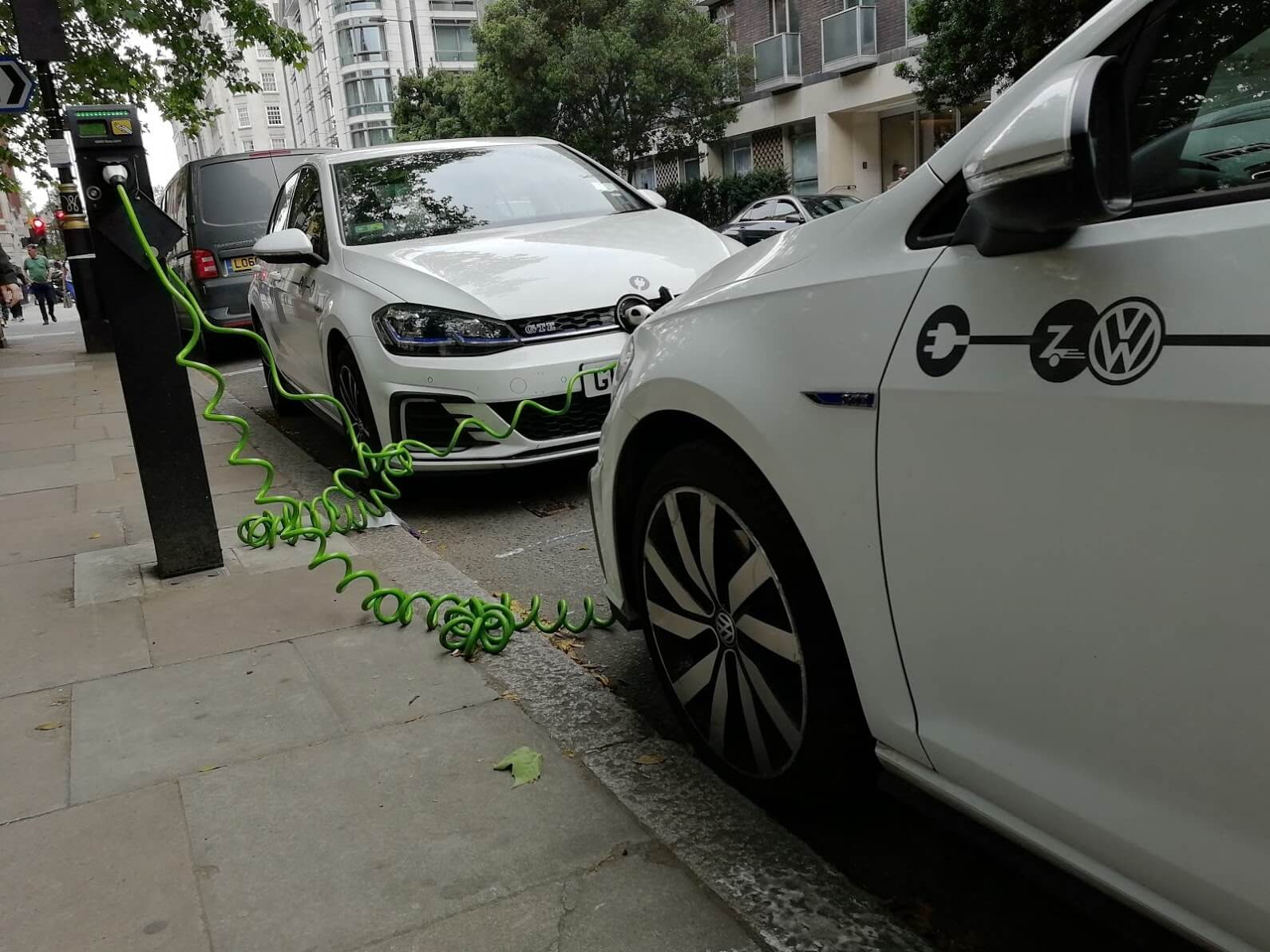 One of the issues frequently cited as a restriction on the growth of electric car use, is charging on the road during longer trips.

Yet there is plenty of evidence that this worry is rapidly becoming something of a non-issue. Zap Map, (https://www.zap-map.com) which provides UK-wide mapping of charging points, reports its database added over 1,000 points in the month to March 2020, and it now has more than 18,000 devices listed on its app – a number that has risen by 5,000 in a year.

Adding to this pace of growth is BP Chargemaster, whose senior executives have just confirmed they will start rolling out superfast 150kw chargers, with 100 promised by the end of 2019 and 400 across the UK by 2021. These chargers will enable electric cars with larger battery packs, such as Tesla, Jaguar and Audi, to grab a substantial charge in less than half an hour.

Also supporting the availability of charging is Book My Charge, (https://bookmycharge.com/) which lists home chargers that owners make available to other electric car drivers to use. This community-driven approach aims to help out EV drivers who visit friends, but would like to recharge their car locally if those friends don’t yet have their own dedicated electric vehicle charger. 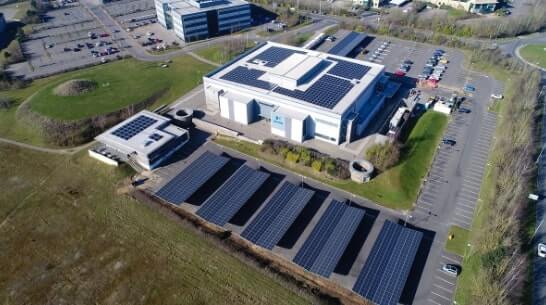 Insurance company Aviva has covered 250 car parking spaces at its Horizon building in Norwich, with solar PV canopies. The installation will generate more than 542,000 kWh per year, or close to a third of the site’s annual power consumption. At peak times, the panels will create close to 100% of the building’s needs.

Aviva committed to becoming carbon neutral in 2006, and has set itself a corporate target of reducing operational CO2 emissions by 70%, with a deadline of 2030.

The carports were installed by RenEnergy, using a structure that uses screw pile anchors. This minimises the use of additional, carbon-intense concrete foundations, while also ensuring that all the parking spaces remain usable. 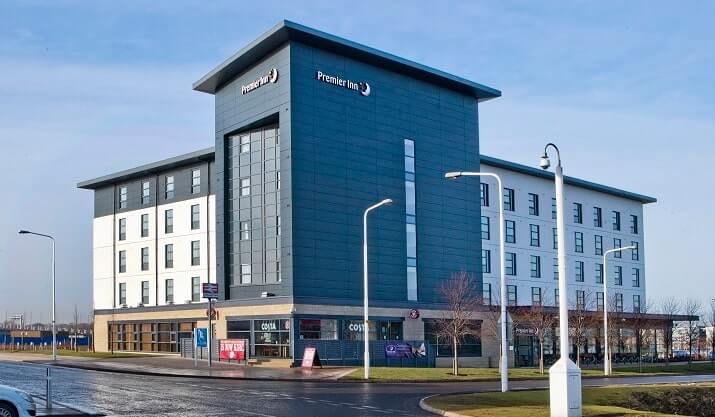 A Premier Inn on the edge of Edinburgh is claiming to be the first hotel in the UK to run with battery back-up. If all goes according to plan, the move should save the property £20,000 in energy costs, every year.

The lithium iron battery, which weighs five tonnes and occupies three square metres, will act as a daily energy buffer, loading up from the grid when demand and prices are low. It will discharge to power the property during times of high demand, when the local grid would normally charge a higher tariff.

Scotland, as a leader in wind power, is now looking to innovate in order to balance demand with supply – which in the case of wind, can be somewhat variable. The 100kW battery can power the hotel for up to three hours each day. And, if its capacity is not needed in the building, it can be used for broader grid balancing.

“It’s incredibly exciting to launch the UK’s first battery-powered hotel – an innovation which will save money, ensure security of supply and support the transition to a more flexible grid”, said Cian Hatton, Whitbread’s head of energy and environment.

The battery is being provided by E.on. Richard Oakley, customer accounts director, commented: “By adding the flexibility of battery storage we can help Whitbread to upgrade to the full-board option of drawing electricity from the grid when prices are low, storing that energy for use at peak times and having the ability to sell it back to the grid to help balance supply and demand on the network. Premier Inn is showing how hotel chains and large power users can further save money, reduce their carbon footprint and support the development of a lower-carbon, smarter energy grid in the UK.” 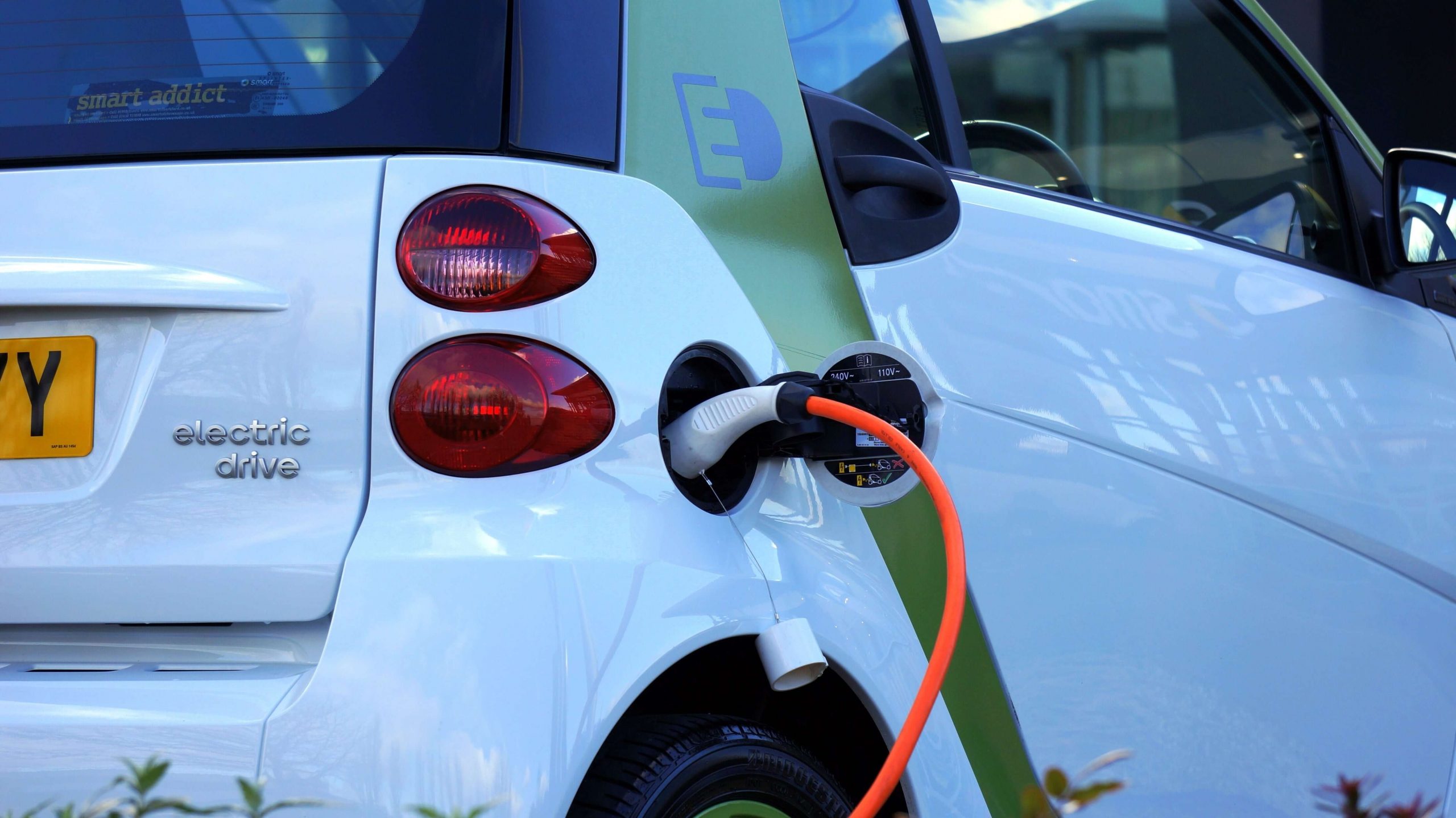 Once drivers have swapped to an electric, or plug-in hybrid car, they are committed to the change. A survey undertaken by Fully Charged has revealed that nine out of ten EV drivers would never go back to a petrol or diesel car.

The result, from a survey of more than 7,700 respondents, underlines the appeal of driving electric vehicles.

Fully Charged host, Robert Llewellyn, commented: “Having experienced how impressive electric cars are, we were not surprised to see so many other drivers saying that they won’t go back to the combustion engine, but it might shock those that have yet to switch.”

And a social media thread, started by the Energy Saving Trust, revealed a little more detail on just what drivers love about driving their electric cars. Twitter comments noted how quiet and smooth their cars are – and how much they save on running costs, with electric driving being substantially cheaper per mile than petrol or diesel. Others said they loved one-pedal driving, possible with regenerative braking, and the lack of vibration when travelling.

Challenges to wider adoption remain, not least with a shortage of new vehicles to meet demand. Perception among non-electric car drivers, with worries about recharging and range, could also slow uptake. But, as other markets such as Norway have demonstrated, many of the so-called problems can be easily overcome, with city dwellers enjoying wider environmental benefits.

Fully Charged is a YouTube channel focused on sharing information about green energy and transport, and encouraging EV adoption: https://fullycharged.show/