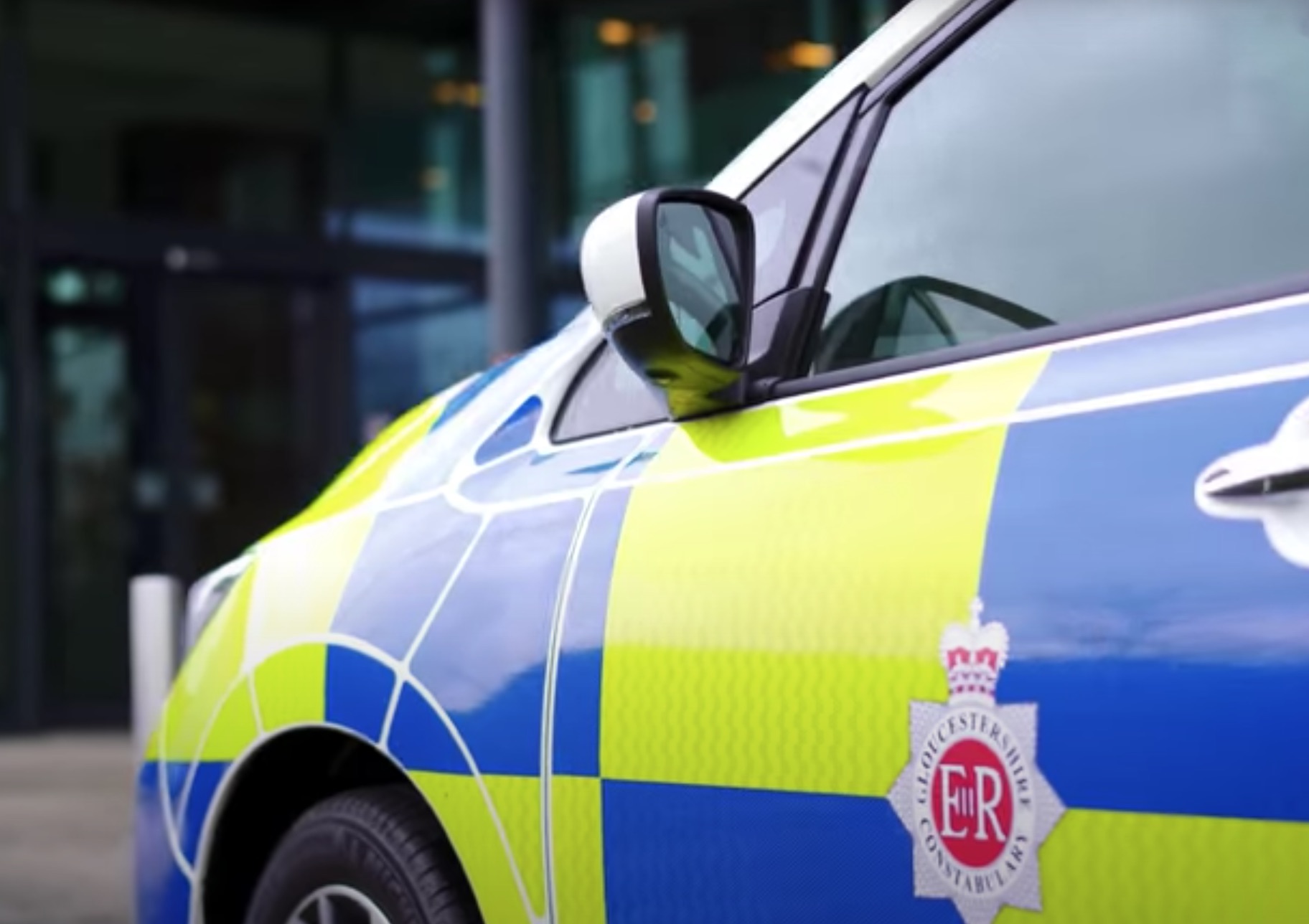 As of 2020, the regional police force has switched 21% of its fleet to electric, representing 74 vehicles. And the result is a £137,000 saving per year on fuel and maintenance – as well as cutting 190 tonnes of carbon emissions a year, into the streets and lanes around the county.

“We can see the cost benefits, we can see the benefits on the environment,” according to Steve Imm, head of transport services, Gloucestershire Constabulary. “It’s a no brainer for us, it’s a natural transition and it makes absolute sense.”

The initiative is fully explained in a programme produced by the Fully Charged Show, which saw presenter Robert Llewellyn visit the force’s headquarters and speak to key members of the constabulary responsible for acting as electric vehicle evangelists.

Gloucester is now acting as a role model for police forces, who are looking to improve their environmental performance and do more with less money. While some UK police forces have yet to commission even one electric vehicle onto their fleet, Gloucester has proved it is possible to go green, yet still perform a vital public service.

The authority started its journey away from fossil fuels in 2016, when six electric Nissan Leafs were added to the fleet. In 2018, six more were added and, as teams got the hang of sharing the quiet, smooth vehicles, the transition accelerated. As well as 74 vehicles, the transport team have also installed 87 charging points across 16 locations in the county, covering rural areas as well as urban police stations. The force aims to add solar PV on its buildings, to help provide the electricity needed to power the vehicles.

The push towards greener transport was led by Martin Surl, the county’s police and crime commissioner, who simply commented: “It seemed to be the right thing to do.” The force first trialled the hybrid Vauxhall Ampera, which while the drivers loved it, did not have the electric range required. It then tested out the Nissans. “It just came good about a year ago, when the new Leaf came on board,” Surl told the programme. “We’ve had to get the infrastructure right, you’ve got to believe in this and you’ve got to make it easy for people.”

So far, the electric vehicles are used more by administrative teams. But the day may come when felons in Gloucestershire may find themselves chased down by a Tesla. Said Imm: “These aren’t response cars yet – there’s an aspiration to move towards that.” 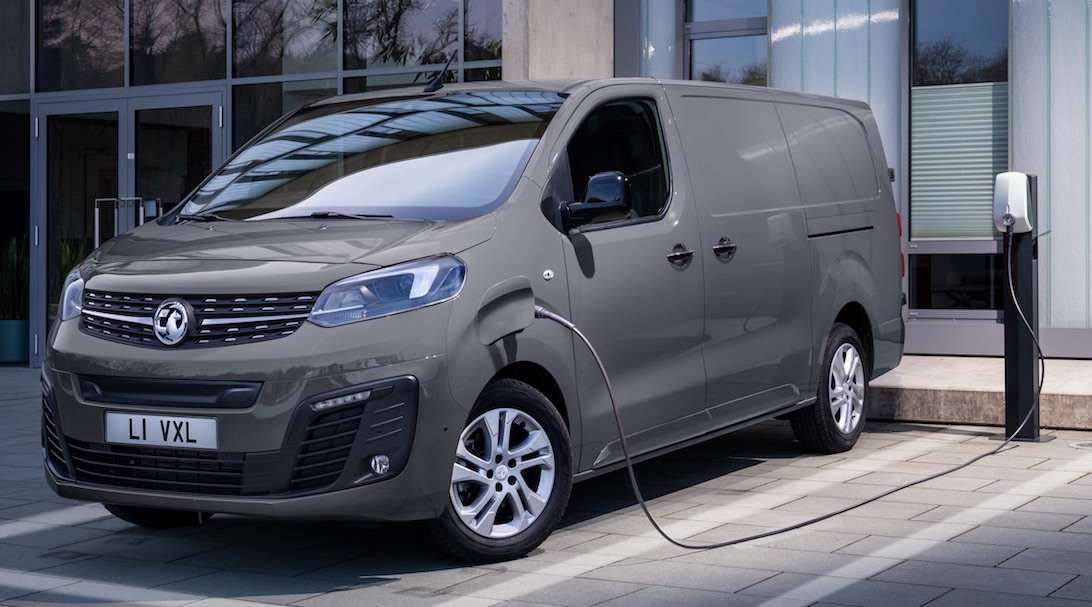 Vauxhall will start supplying an all-electric version of its Vivaro van, later this year. And the vehicle promises to appeal to plenty of users, being able to travel over 180 miles on a charge, with the capability to tow a trailer, too.

The Vivaro-e will look just like its diesel powered brothers – with the big difference that it will be greener, and have substantially lower running costs. The van will have a 1,226kg payload, offered in two lengths and two body styles. With batteries located below the vehicle floor, the load volume is the same as conventionally powered models.

There will be two battery capacities of 50kWh and 75kWh, giving respective ranges of 125 and 188 miles. For those needing to charge on the go, the vehicle will be able to recharge to 80% full in 30-45 minutes on a public charger.

The van is one of the first to be offered with a substantial size battery, making a broader range of duties practical on a daily basis, for longer distance drivers. To date, many electric vans have been available only with smaller ranges, suitable for local deliveries but not suitable for those doing higher mileages.

Each van will come with an eight year, 100,000 mile warranty on the batteries used. Vauxhall will start taking orders in June, when the pricing will be revealed, for autumn 2020 deliveries. 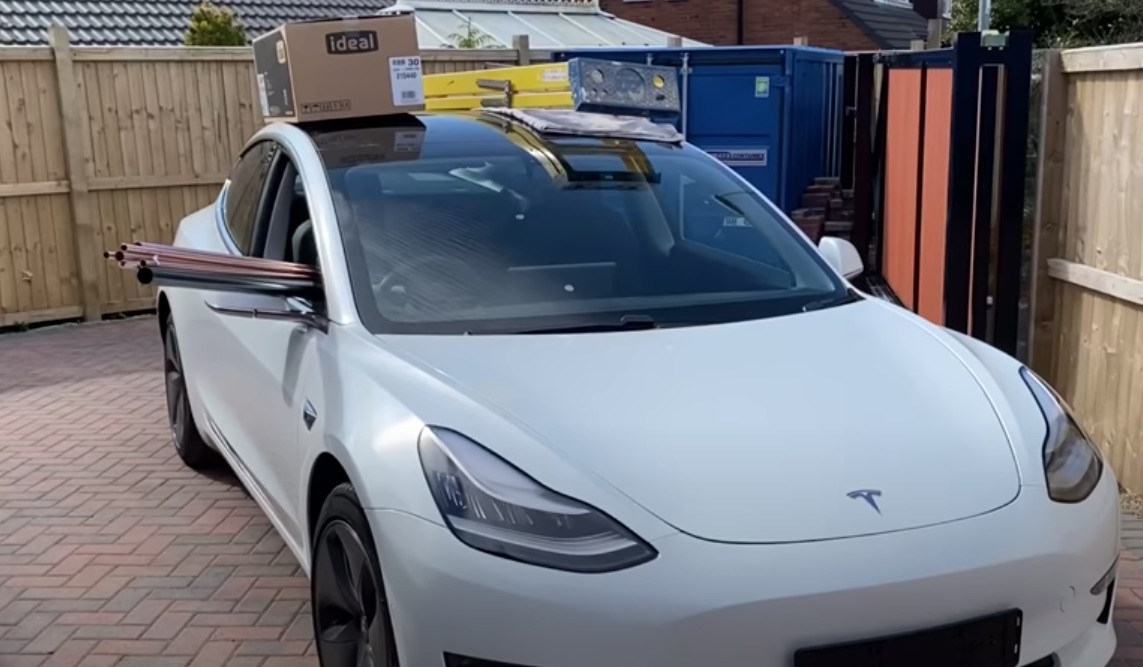 One of the challenges right now, is that there are precious few vans or light commercial vehicles available on the market, for companies who want to go green. And that lack of choice has led one enterprising plumber to consider what seems an outrageous choice – using a Tesla Model 3 electric car as his work vehicle.

While there are some small and medium sized fully electric vans available, they are in short supply. And, so far, many of them have a limited range. That may mean they are ideal for local businesses, doing deliveries in a restricted area, perhaps a florist, dog walking business, milk round – and the Post Office, who are actively testing such vehicles. But, for those businesses that need to travel 150 or more miles per day regularly, there is not – currently, as of mid 2020 – a van that really fits the bill.

Step forward Allen Hart, who runs plumbing and heating business CCH in the Leeds area. Determined to replace his filthy diesel work van with an electric vehicle, he came up short, finding a new electric van to be simply too expensive.

So, how about a Tesla instead? It’s designed more for transporting people than tools, boilers and pipe, but as Allen explains on his YouTube channel, there are some compelling reasons for taking this route. Thanks to recent tax changes, a Tesla as a company car has a 0% Benefit in Kind (BiK) tax cost. The vehicle is also very cheap to run, on electricity; and the price to lease or buy is not outrageous.

And, while it may look like a regular car, the Tesla Model 3 has some party tricks when it comes to load space. First, it has an extra boot up front, where most cars have their engine. That, says Allen, has enough room to store plenty of his tools, out of sight. Then, below the boot floor at the back of the car, is a cavernous additional storage space, where many cars have their fuel tank. Add to this folding seat backs, and the Tesla will even swallow full lengths of copper pipe.

Sure, there are some compromises in terms of space, but Allen’s green transport solution for a business is an interesting one. Watch his video here.